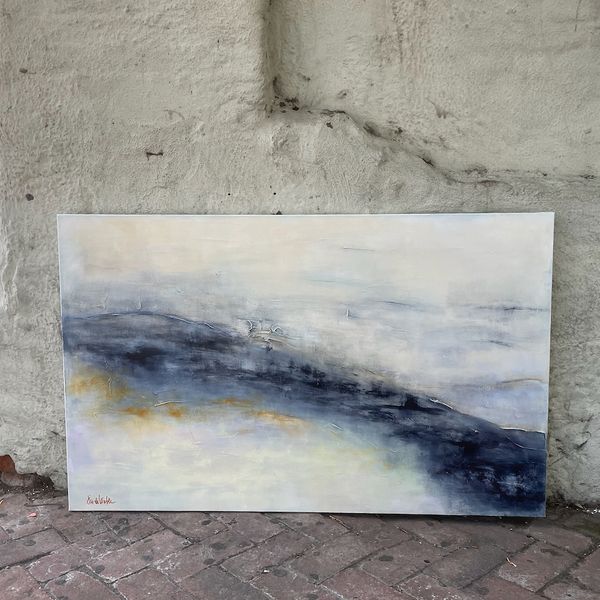 These two paintings show my attempt to add an iridescent pigment to some areas. The creative intent was for a subtle shimmery effect. After I applied a layer of varnish, the iridescence was almost indistinguishable.

Nonetheless, I had fun creating pieces where color and texture stole the show and who’s to say they there’s not some magic there.