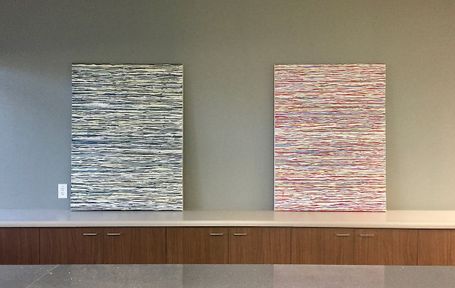 Creating “Between The Lines” and a Hidden Message

This project was for a commercial property that needed two paintings which could either work together or stand alone, separately. I planned my composition, the color scheme and started the work.

During the process, I decided that I wanted to add another element or layer within the work that would be somewhat visible but not legible. Essentially creating an “intention” within the work but having it be hidden from the viewer.

There were a few thought processes behind burying this subliminal content: One, there is no shortage of platforms on which to broadcast one’s views. Taking a contrarian approach here seemed refreshing. Two, given the public space in which these would be hung; obscuring the text would avoid any potential discord among the tenants. And three, I was inspired by the story of my neighbors who wrote messages on the walls of their home during construction which were then covered up with the finishing sheet rock (messages of intention).

The messages within my paintings were shared with the client and were also documented on the backside for posterity. But for now, the goal is that the inspirational words seep quietly into the space where they are hung. 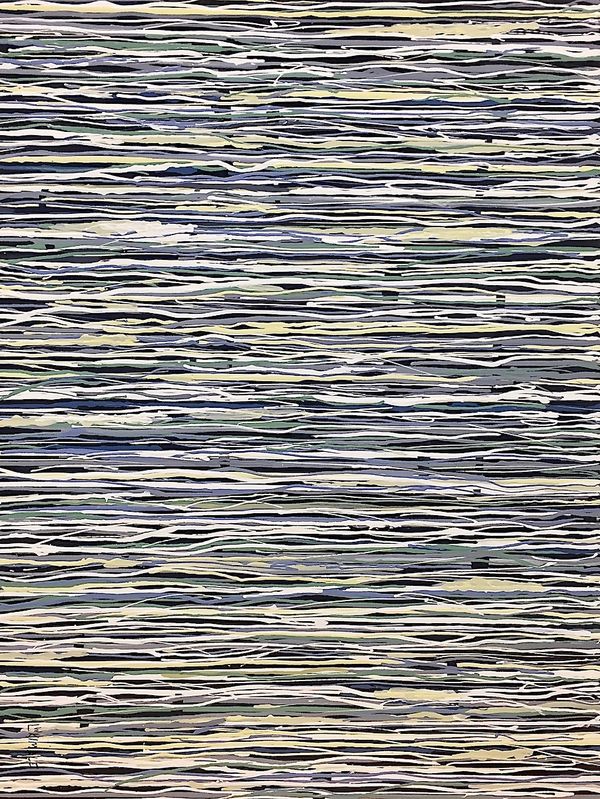 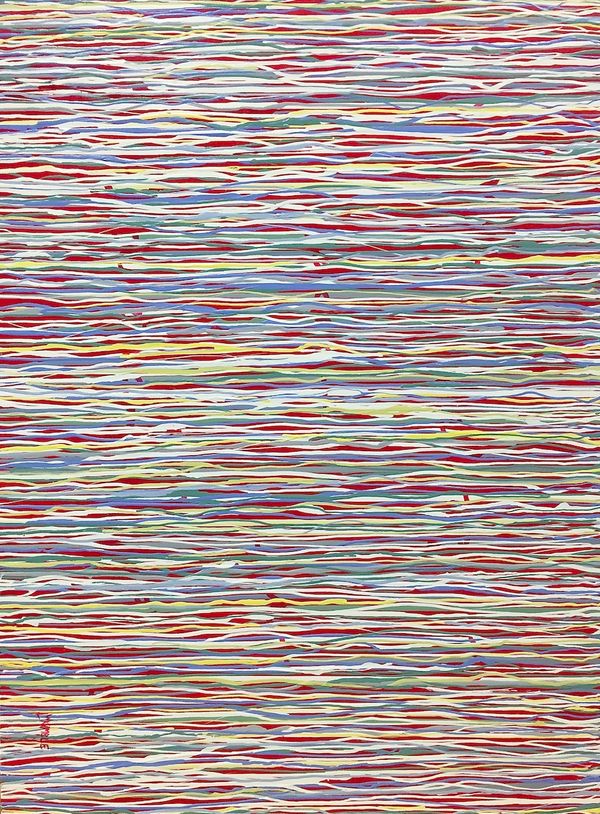